New York, NY; January 28, 2017 – In response to President Trump’s executive order barring entry to the United States for refugees, immigrants and others from several majority-Muslim countries, the leaders of the Union for Reform Judaism, the Central Conference of American Rabbis and the Religious Action Center of Reform Judaism, issued the following statement on behalf of the Reform Jewish Movement:

“The Reform Movement denounces in the strongest terms the horrifying executive order on immigration and refugees issued late Friday evening by President Trump. The order signed yesterday is even worse than feared, barring entry of all Syrian refugees, imposing in essence a religious test for entry to the U.S., and refusing entry to any individual coming from a list of majority-Muslim nations – betraying even those individuals who have supported our nation's military efforts in Iraq, Afghanistan and elsewhere. Families are now being held apart and countless individuals who have served our nation in the most difficult circumstances are in jeopardy.

“The Reform Movement called on the President not to sign a discriminatory order banning refugees and others entering from several majority-Muslim nations. Tragically, he did not heed our call or those from countless other people of faith, humanitarians, and foreign service and military veterans. Reports of families separated at our nation’s airports are gut-wrenching. As Jews, we know the impact that xenophobia and religious profiling have on all people whose lives are endangered by exclusionary laws.

“The world is learning that under the Trump Administration, America does not honor its commitments to people or to the values that have been a source of strength and moral leadership since our founding. This executive order will give credence to those stoking the flames of religious hatred, making citizens of every nation on earth, including the United States, less safe for years to come.

“We call on President Trump to rescind this abhorrent executive order. Every member of Congress must denounce its provisions, including the imposition of a religious test for entry, and urge its immediate repeal. Every American citizen must take every possible action to oppose this violation of America's greatness.

"In the days, weeks and years that follow, we will work with our clergy, lay leaders, institutions and congregations to provide assistance and support to immigrants, refugees, asylum-seekers and others yearning for the refuge and opportunity for a better life that we know the United States, at its best, can provide.”

About the Union for Reform Judaism
The Union for Reform Judaism (URJ) builds community at every level—from the way we collaborate with congregations, organizations, and individuals to how we make connections across North America to advance contemporary and inclusive Jewish life. Providing vision and voice to transform the way people connect to Judaism, we help congregations stay relevant and innovative, motivate more young Jews to embrace Jewish living, agitate for a more progressive society, and foster meaningful connections to Israel.

Founded in 1873, URJ has grown into the largest and most powerful force in North American Jewish life, with nearly 900 member congregations and work that inspires, connects, and educates millions of people. Our legacy, reach, leadership, and vision mean that we can unite thousands of years of tradition with a modern, evolving Judaism to strengthen Jewish communities today and for future generations.
Visit us at www.URJ.org to learn about our social justice initiatives, camps and programs for young Jews, services for congregations and communities, and how you can work with us to create a more just, whole, and compassionate world. Enjoy related content at ReformJudaism.org and connect with URJ on Twitter and Facebook. 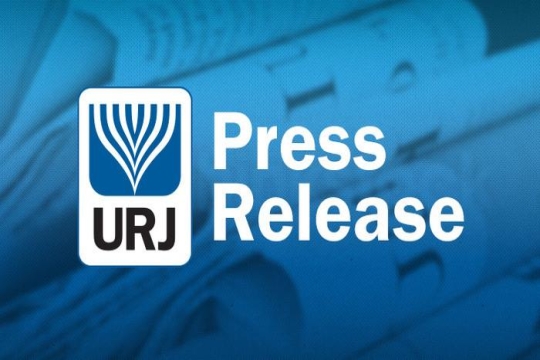