By: Rabbi Peter Stein of Temple Sinai in Cranston, RI

On May 2, Rhode Island’s governor signed a marriage equality bill, making it the tenth state to take this important step. Shortly afterwards, Delaware and Minnesota also passed marriage bills, making this a remarkable spring of advancement towards equality.

I composed the following reflection after the last critical step in the long process of advocacy and legislative debate, the hearing held by the Rhode Island Senate Judiciary Committee in March.

The prescribed biblical reading for the beginning of Passover includes Exodus 12:42…in describing the end of the 430 years of oppression, the text describes that final night as a “leil shimurim,” a night of watching for God, a night of vigil. The commentaries put forth the perspective that there were two vigils going on that awesome night: the people were watching for God and God watched vigilantly to uphold His promise to bring the people out of the land of Egypt.

I have been reflecting on this biblical image ever since I joined together with hundreds of my fellow Rhode Islanders in an all night vigil before the Rhode Island Senate Judiciary Committee. On that night at the State House, there were many moments of admirable passion and eloquence. Sadly, there were also many moments where hateful and harmful things were said…many who argued against equality and opportunity, who couldn’t accept that their personal beliefs should not be imposed on all in our state and country. It was a night of anxious watching and waiting, wondering whether this was a step towards equality or whether this was a night when hatred and ignorance would rule the day.

In particular, I left thinking about the role of religion in determining the laws of our state. In our country, it is a cherished and vital freedom that no one religion can determine the law for the state. No biblical teaching can become the rule for all who live in our state.

I live with a progressive view of religion. I am anchored by the teachings of the Bible, but I live with the conviction that each generation must breathe new life into those teachings. The transcendent principles are love, equality, and justice. Those principles determine how all the rest of the teachings are understood in each successive generation.

We live in a time of great challenge and even greater opportunity. I fear there will be many more anxious nights of watching, advocating, and working before discrimination is abolished. At the same time, I believe the sun will rise one day and shine on a world where one and all find equal opportunity and are treated with equality, dignity, and respect. I can feel the light of that sun on my face even now. May the light of justice shine throughout our land in the days to come. 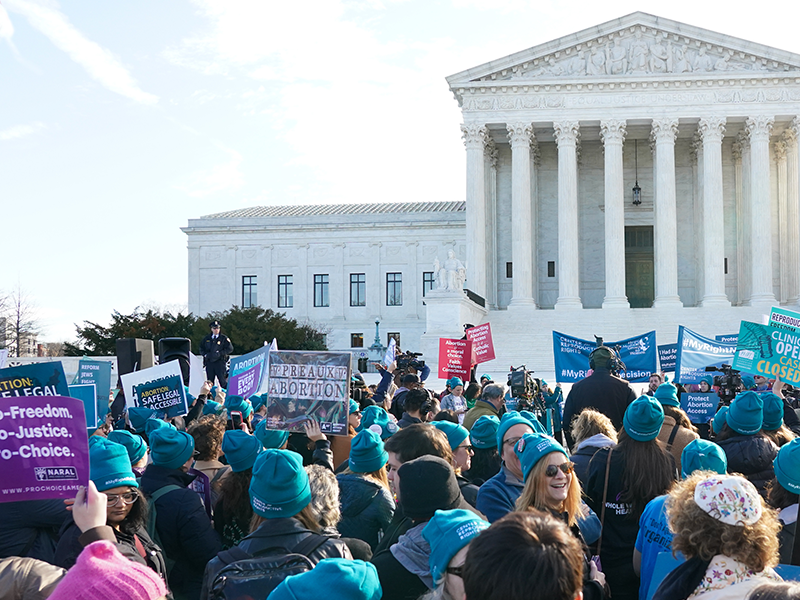